Apple is redesigning almost its entire product lineup and upgrading the internals to its custom silicon. The company is expected to host multiple events in September in which it will announce its flagship iPhone 13 models, redesigned iPad mini 6, Apple Watch Series 7, and much more. Now, it has been speculated that Apple can potentially announce its updated high-end M1X Mac mini with a new design and additional ports in the “next several months.”

The new report comes from Bloomberg’s Mark Gurman in his latest Power On newsletter, stating that Apple is expected to launch its high-end M1X Mac mini with a new design and additional ports in the next several months. Take note that Apple’s redesigned 14-inch and 16-inch MacBook Pro models are also slated to arrive later this year. While the time frame rests in the haze at this point in time, we suspect if Apple would host a dedictaed event for its Mac lineup.

Gurman writes in the newsletter:

Last fall, as part of its trio of initial Macs to transition over to Apple Silicon chips, the company updated the older Mac mini design with the M1 processor. The Mac mini is used for more basic tasks like video streaming, but many people use it as a software development machine, as a server or for their video editing needs. Apple knows that, so it kept the Intel model around. Well, expect that to go away in the next several months with a high-end, M1X Mac mini. It will have an updated design and more ports than the current model.

As mentioned earlier, Apple is gearing for a gigantic shift in terms of design for almost its entire product line. The iPhone 13 models will boast a higher refresh rate with a smaller notch and numerous camera upgrades. The Apple Watch Series 7 is expected to come with a flat-edged design and new screen technology. The iPad mini 6 will receive its long-overdue design overhaul, resembling the likes of the iPad Air 4. It will also come with a faster processor and Apple Pencil support. AirPods 3 are also one of the announcements that we are looking forward to. Henceforth, it makes sense for Apple to upgrade the Mac mini with its custom M1X chip and a new design with additional ports.

There you have it, folks. What are your thoughts on the scenario? Do you think Apple will launch the upcoming M1X in the next several months alongside the redesigned MacBook Pro models? Share your speculations with us in the comments. 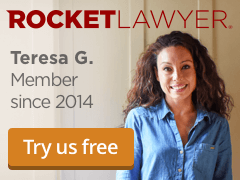