A new video uploaded NASA combines a solar-powered helicopter record taken by Imager Mastcam-Z Perseverance with audio from the microphone belonging to the supercam laser instrument.

Launching the official website, NASA did not think the Perseverance parked 262 feet (80 meters) from the place of takeoff and the Ingenuity landing would capture the voice of the flight.

However, Perseverance can capture sound when the helicopter propeller rotates at 2,537 rpm, even though it is very small due to the thin influence of the atmosphere of Mars. In addition, the low quality of sound due to mars wind gusts.

“We have done tests and simulations that tell us that the microphone can hardly capture the sound of the helicopter, because the MARS atmosphere is very dampening sound propagation. This recording will be a gold mine for our understanding of the atmosphere of Mars,” he said.

Scientists make audio, recorded in the mono, it is easier to be heard by isolating the sound of the 84 Hertz helicopter propeller, reducing the frequency below 80 Hertz and above 90 Hertz, and increasing the remaining signal volume.

Some frequencies are cut to release the buzz of a helicopter, the hardest when the helicopter passes through the camera view.

Launching NDTV, the atmosphere of Mars is approximately one percent of our planet’s density, makes everything far more quiet than on earth. Thus, mission scientists are not sure of capturing the voice of the flight at all, given that the Perseverance is parked 262 feet (80 meters) from the place taking off and landing.

See also  Soon We Can Upload Instagram Photos from a Laptop

In addition to having a lower volume, the sounds emitted on Mars move more slowly than on earth, because of the cold temperature, which averages -81 degrees Fahrenheit (-63 degrees Celsius) on the surface.

Supercam is an instrument on an Ingenuity ship to study the composition of stone chemistry with a tool called a spectrometer. The technology is also equipped with a microphone for recording sound, which results in additional insights about the physical properties of the target, such as how hard they are. 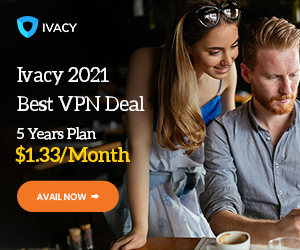